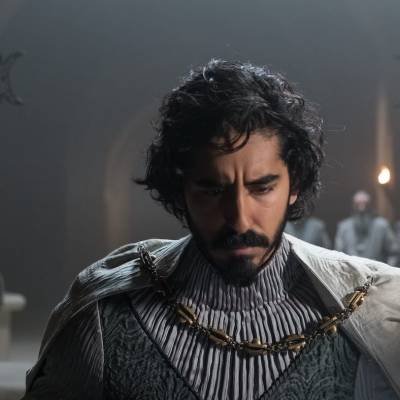 Green Knight writer/director David Lowry has revealed that he is close to adapting Stephen King’s story “The Jaunt” for the big screen. This story was first published in Twilight Zone magazine in 1981 and was revealed in the early 24th. Users must be unaware of using it. This short film would later be added to the 1985 King Skeleton Crew collection.

Efforts to get an adaptation of “The Jaunt” from scratch have been underway since 2015, with plans by Brad Pitt Entertainment assigning story rights to direct Andy Muskieti. First, however, the director will opt to make a two-part adaptation. Then, to head up King’s IT a few months later.

The latest effort comes from Dave Erickson, co-founder of Fear the Walking Dead.

MRC Television commissioned him to develop a series adaptation of the novel earlier this year. However, other creative minds are ready to throw their hats into the King’s ring ahead of Erickson and MRC’s announcement. To discuss the release of the medieval fantasy epic The Green Knight, Lowry recently spoke on a podcast focused on Eric Vespes King.

The writer/director revealed that he actively followed “The Jaunt” adaptation and even wrote a two-page short story that received King’s approval. After that, however, he chose to focus on the Disney live film Peter Pan, whose schedule also proved author-wide to allow Lowery to maintain his rights.

See what Lowry has to say below: Forty years after its publication, The Jaunt remains one of the most unique and underrated stories to emerge from King’s terrifying mind. Not only is it a rare sci-fi venture for a horror writer, but much of the story is also told in retrospect and. To some extent, explores the mystical origins of the title’s technology and the level of what happens to those who fall during the journey in Stay Aware.

While it does not contain any psychologically frightening revelations, it is one of the more reclusive works in his bibliography.

Looking at his previous projects, namely The Green Knight and The Old Man and the Weapon, Lowry constantly proves that he has a unique approach to the material he is targeting. Given the director’s ability to make superior visual efforts and cleverly written, he would be one of the best minds in bringing “The Jaunt” to life on screen, especially with King himself impressed with Lowry’s terrain. Only time will tell whether an adaptation of the Erickson series can get the same seal of approval or whether Lowry will later reach out to the right again down the road.